After more than 10 years the LM Decals website has finally received a facelift!
We hope that you will like the site's new look. The new format is also Smartphone friendly which is definitely an improvement over the old format. As always we are always open to any suggestions that you may have and please feel free to drop us an email and tell us what you think. Thank you for your continued support!

27 June 2022
Important Announcement!
Ever since we started trading, LM Decals has maintained a flat postage rate of 5 Euro, no matter what you buy from anywhere in the world. Unfortunately after almost 11 years and numerous price increases, we are now forced to increase our flat postage rate to 6 Euros. We sincerely hope that this increase will not discourage you from ordering the decals you need.
Thank you for your understanding.

A new set has been added to our accessories range! Set LMPE 35001 contains photo etched icons of St. Barbara, which are carried by all artillery pieces of the Hellenic Army and Cyprus National Guard.

26th June 2021
Set LMX 0133 has been added. It contains markings for the special anniversary finish applied to a M113 for the 25th March, Independence Day parade to mark 200 years of Greek Independence.

6th June 2021
Set LMX 0101 has been revised to accurately portray the markings of the restored aircraft, using measurements taken from the actual aircraft. Two small markings have also been added.

6th May 2021
The latest set is LMX 0128, a set of markings for the Bristol Blenheim MkI & MkIV bombers in service with the RHAF during WWII.

4th May 2021
Please check all the sections that may interest you as many new sets of decals have been added to the website. The latest one is LMX 0121, a set of markings for the Avro Anson MkI in service with the RHAF during WWII.

Three new sets have been added to the X-series, LMX 0086, LMX 0087 and LMX 0088 containing markings for modern era Buglarian and Israeli vehicles.

Set LMX 0082 has been added to the X-series, containing markings for a RHAF Hawker Hurricane Mk IIb in N. African during WWII.

Many new sets have been added to our X-series. These are all the sets from LMX 0060 to LMX 0085!
Also many of our 1/35 scale sets which had been out of print have been reprinted and some have been updated to now include more markings not previously available in these sets.

New revised editions of sets LM 72017 and LM 48003 are now available. These integrate the latest research findings and are historically more accurate. The Instruction sheets have also been updated.

The new sets also addressed the problems that some sets of the first edition had, owing to a faulty ink being used.

Two new sets have been added to the X-Series military vehicle section.

A new set has been added to the X-Series aircraft section, LMX 0060.

New sets have been added to the X-Series both in the military vehicles and the aircraft sections.

The instruction sheets for sets LM 72018 and LM 48004 have been added. These sets provide markings for Hellenic Army Aviation AH-64A Apache & DHA Apache Longbow Attack Helicopters. Just scroll to the bottom of each page for the link to download the full colour instuction sheets.

Set LMX 0042 has been added to the X-Series. It contains anniversary markings for the AH-64DHA Apache Longbow attack helicopters in service with the Hellenic Army Aviation 2nd Attack Helicopter Battalion. These markings can be printed to order, in any scale.

Two new sets have been added. LM35023 with markings for Cypriot National Guard vehicles from 1976 to 2015 and LM 35024 with markings for the short wheelbase VBL light armoured vehicle in service with Greece, Portugal and Indonesia.

The English language section is now fully restored to working order. All the PayPal buttons are now functional and you can use them to order. Also all the links for downloading instructions have been restored. Please contact us if come upon anything that is not working properly.
Very soon new sets of decals will be added and shall be available.

The English language section is almost fully restored to working order. All the PayPal buttons for our 1/35 and 1/48 scale sets are now functional and you can use them to order. Also all the links for downloading instructions have been restored.

Sets LM 35002 for the M35 truck and M49 fuel truck and LM 35003 for the M24 and M47 tanks in Hellenic, Turkish and Cypriot army service have been re-issued and are again available.

Soon new sets of markings for the Apache AH-64 A & D attack helicopters in service with the Hellenic Army Aviation will be available in 1/48 and 1/72 scales.

Also in 1/35 sets new sets will be available for the VBL light armored vehicle in Greek, Portuguese and Indonesian service, as well as a large set of markings for Cypriot National Guard vehicles includιng the AMX-30B & AMX-30B2, VAB, BM-21, BMP-3 and more. 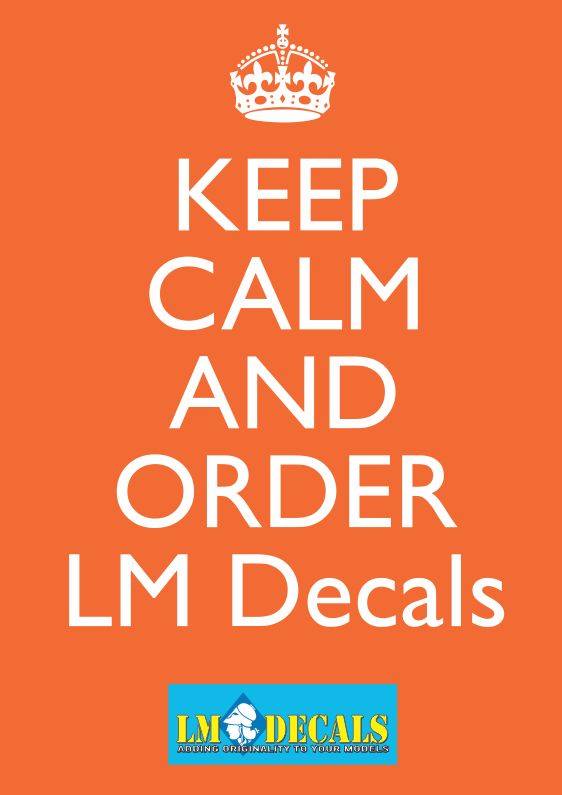 Following almost a year of being offline the LM Decals website is back online. The absence was due to an attack by hackers which necessitated a full rebuild of the site in order to address security issues.
Functionality will gradually be restored to the whole site. The Greek language section is working and soon the English section will be fully functional again too. We apologise for any inconvenience that may have been caused and thank you all for your patience and support.

Please feel free to contact us at [email protected] for anything you need or for ordering until all the PayPal buttons are up and running again.